The Most Amazing Person I’ve Ever Known Has Died

My family moved one town over, from Hazlet to Matawan, in 1973, when I was in first grade. It was a “made-it” kind of move, in 1973 terms. We moved from a modest home, where the dormer walls of my room slanted inward, to the model home in a newly built neighborhood. We had a sliver of woods behind our house. To me, it felt like Sherwood Forest.

Our new neighbors, Mina and Herman Brenman, had arrived a month or so before. They had two kids who were older than me and my brother and sister. And they were exotic. They were both Jewish, from Poland.

The Jewish-ness was not that unique. A lot of our neighbors in Matawan, and my friends in the years to come — Andy Goldstein, Stephen Carver — were Jewish, but Mina and Herman were from Poland, from Europe. They had accents. Their home was decorated differently from ours. Their daughter, Sandy, had a talent for art and her work, even then, hung on the walls. They were a little farther along in life than my parents.

They were pretty traditional suburbanites. Herman loved his lawn, and worked it with the energy of a fanatic. Mina cooked and baked, making cookies that were unlike anything my mom made. She sold Fuller Brush on the side.

As I grew up, we learned more about their past. One night, at a neighbor’s Christmas party, I heard more of their story than I ever had before. They had grown up in the same town in Poland before World War II. They were acquainted if not all that interested in each other. When the Nazis arrived, they ended up in work camps. Mina lost her mom on the “death march” to Auschwitz and that sadly, unimaginably, was only the beginning. Mina told of risking a trip to a barbed wire fence to hand bread to a relative. Herman said he once tried to escape on a winter’s night, but was recaptured. On the way back to camp, he looked at his coat and saw there was a hole in the coat, where a bullet had passed through it yet somehow missed him.

They survived, but the community they knew and loved had been extinguished.

Fast forward to New York City, after the war. Mina has emigrated to the United States. She is walking down the street and who appears, headed in the other direction, but Herman. You survived? Who did not? When did you get here? What are you doing tomorrow night?

They married, had two kids, Herman worked as a property manager for an apartment complex. They moved to the suburbs in New Jersey. Settled in. In 1973, this Irish-American family moved in next door. Herman worked his lawn. My dad tried unsuccessfully to turn his brown thumb green. Mina and my mom were good neighbors, they spoke often. Do you need milk? Do I owe you for milk last week? It was a lot about milk. These were good problems to have, and good times.

Time picked up speed. The kids grew up and moved away. The men slowed and declined. My dad died a little over a decade ago, and Herman (at age 89) soon after. Mina and my mom remained neighbors. Somewhere along the way, Mina took to calling mom “my Irish sister.” When my mom’s sister Betty died early in 2011, Mina was the sister my mom had left.

They’ve had their struggles over the years. Mina has battled cancer multiple times, she lost her mobility, bit by bit. My mom had her own health issues. When one was struggling, the other fretted and checked on the other — who resented it. (Hey, strong women!)

Mina has been homebound for much of the past two years. Her cookie-baking days have been long past. My mom had warned us before the holidays, This might be it.

Two weekends ago, my mom took Virginia and me over to visit when we were home for the holidays. Mina was lying on her couch. The shamrock we gave her several years ago, and that she always made a point of noting when we were there, was not far from her. Her aide let us in, and you could see Mina perk up when we entered the room. She grabbed the holiday card we had sent her, with photos of our family, including my sons and granddaughter on the front, and started to read my hard-to-decipher handwriting … just to show us that she could.

We didn’t stay long. Before we left, I took her hand and she looked me in the eye. She’ll beat this thing, I thought. She always does.

Mina died because people die. Eventually. She might be the most amazing person I’ve really known in this world. She was remarkably unremarkable. She’d scoff at the idea she was special. That is sitting heavily, and lightly, on my heart tonight.

In the midst of this time that has pushed so many to their limits and beyond, I want to hang Mina’s life around my neck as a talisman and a reminder: This life is hard, but we can persevere. More than that, we can live — with acceptance, with purpose and with joy. 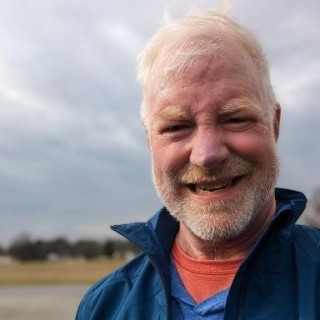